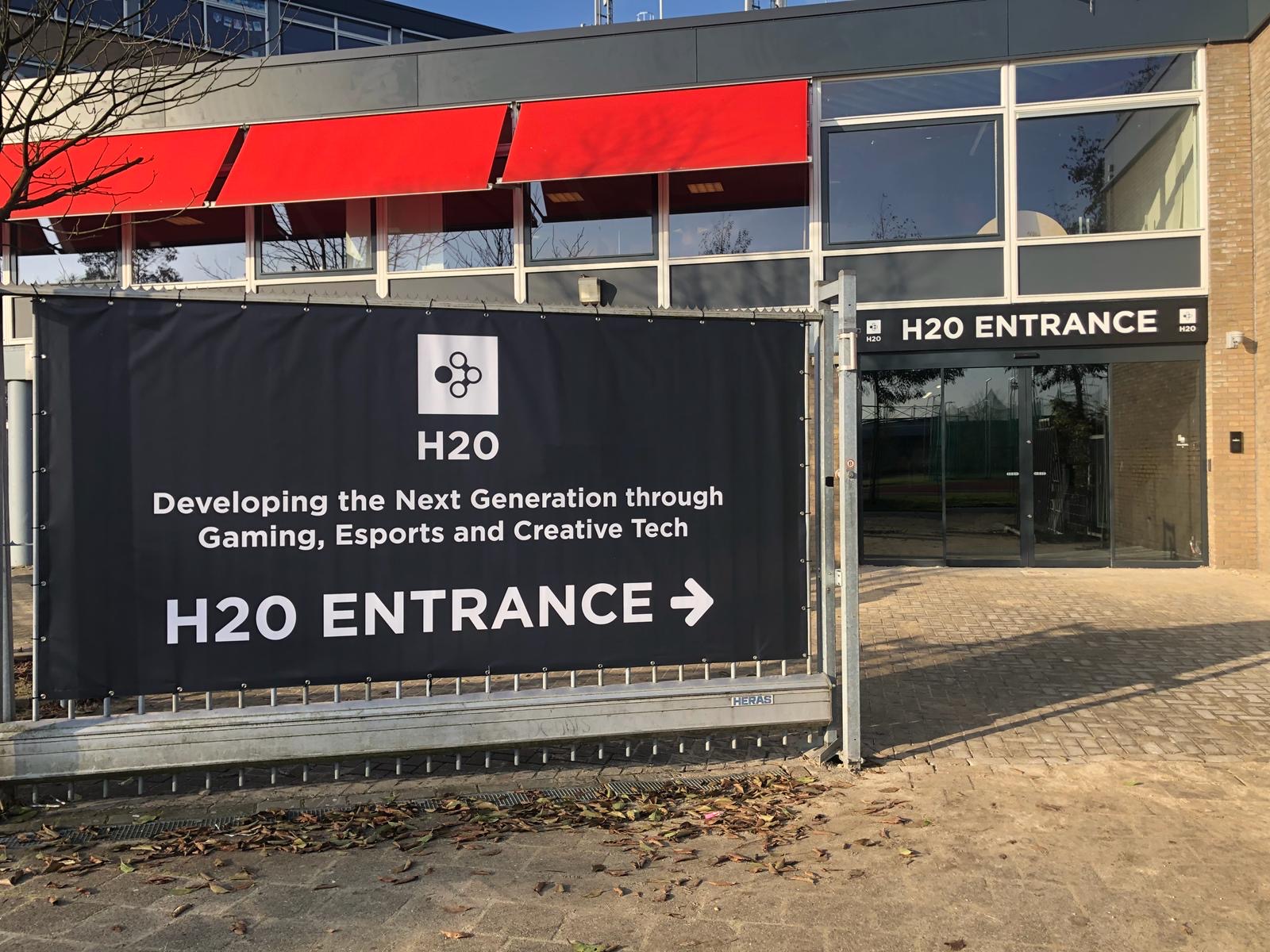 Positive news for all followers of H20 about the construction of H20 Rabo Esports Stadium. In recent weeks, several setbacks have turned into breakthroughs. The date for the official opening will be announced before the end of the year. This year a few components will be delivered and early 2020 we have pilot tests planned.

Compared to a few weeks ago, things are looking good now,’ says Johan de Punder on behalf of the H20 team. ‘The demolition and renovation of the hall are ready. We have started with the design. Both the stage and the LED screens have been ordered and the preparations for the construction started two weeks ago. One gaming studio and a streaming studio will be ready for some pilot testing before the end of the year. The gymnastics lessons have also been resumed by the Purmerendse Scholengroep.

De Punder continues: The entrance of the entire campus from inside and the outside has been prepared. At the beginning of December the renovation of the outside of the H20 Rabo Esports Stadium will start with the budget that has been made available by the Municipality of Purmerend. The roof will be redone (which was leaking in several places), the windows will be replaced and new panel walls will be installed so it will look great again. Emergency power has been installed and we are waiting for the installation of extra electricity capacity, which seems to happen early next year.’.

Before the end of the year the exact schedule becomes public and H20 will announce when we will organize the official opening. The first brainstorming session with the task force has taken place. H20 hopes to be able to put the H20 Rabo Esports Stadium on the map.

Stay tuned for the construction of H20 Rabo Esports Stadium.