The Invictus Games is about much more than just sport – it captures hearts, challenges minds and changes lives. With participation in sport proven to support the recovery journey of international wounded, injured and sick service personnel and veterans, the Invictus Games Foundation is now exploring how esports can play a role too in reaching more people.

At the Invictus Games The Hague 2020, esports will feature for the first time, in the activation zone powered by H20 Esports Campus.

Register through the form below and receive updates about the development of the esports and gaming community of the Invictus Games Foundation. It´s for everybody, whether you are part of the Invictus community and you are wounded, injured or sick and also family and friends or supporter! It´s both fun and competitive, all will find a place in the new community.

And on top of that you can win great prizes from our supporters, such as HyperX headsets!

The program of the week 18-22 of April 2022 is downloadable here: ESPORTS / GAMING PROGRAM 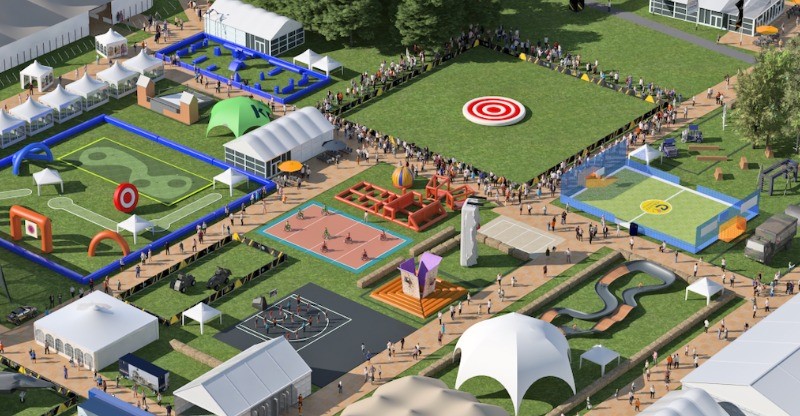 In a special addition to this year’s Games, the Invictus Games Foundation, in partnership with the Global Esports Federation, will feature an esports activation zone powered by Amsterdam esports initiative H20 Esports Campus.

Each entry into this year’s games will be participating across a variety of esports titles, including: League of Legends, Rocket League, Mario Kart and sim racing. H20 Esports Campus will be supplying the tournament infrastructure and equipment from its partners in OMEN by HP, Nintendo, HyperX and sim racing by PlayseatⓇ.

The esports competitions will feature a two hour live stream during the event, April 18-22, on the official Twitch channel of H20 Esports Campus and will be re-streamed on Invictus Games’ channels. Prizes awarded to winners will be courtesy of H20 Esports Campus’s range of partners.

Dominic Reid, CEO of the Invictus Games Foundation, said “We know that the Invictus community of wounded, injured and sick service personnel and veterans are already gaming regularly, and actively participating within esports competitions. What we are now interested in is understanding how this could be tailored as part of a recovery pathway from injury or illness, to explore the benefits that participation in esports could bring to the community, and unlock innovative ways of facilitating digital connections between the international community.”

H20 Esports Campus Amsterdam is a platform for developing the next generation through gaming, esports and creative tech. The Rabo Esports Stadium is the first and largest permanent esports event location in the Benelux region and aims to become the esports hub of Europe. With a gaming arena, offices and esports stadium spanning over 10.000 m2, H20 Esports Campus is the place to be when it comes to all things esports and creative tech.

Join the Esports and gaming community